The footpath is looking a great deal more established now that the grids are grassed over and the side seeding beginning to flourish. It's difficult to know which are flowers and which weeds at the moment.

We had a working party last week to plant three hazels in the corner of the bank and a wych hazel given by Chris, which needed a big hole! Martha did a Stirling job cutting the ivy away from the old apple trees. Chris and Lynn planted natural crocus bulbs, and there was general tidying up. It was a lovely sunny day, we sat on Derek and Mrs Franklin's bench drinking tea and coffee. A delightful way to spend couple of hours. Ann 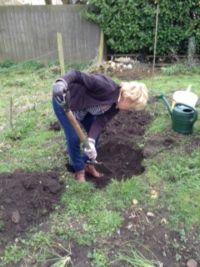 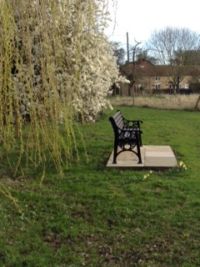 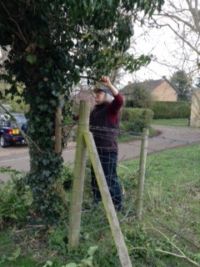 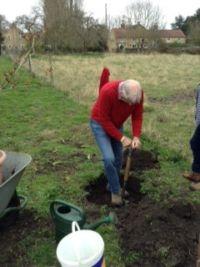 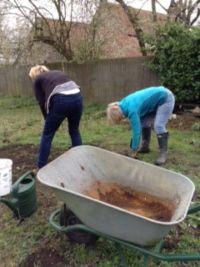 I remember the back lane and the black-smiths shop the blacksmith was called Mr Key. I think he was nearly retired as he shoe’d the odd horse or two. One of his sons Eric kept about 100 hives of bees in the orchard and when he was extracting the honey no one used back lane .His other son Joe worked in Lincoln, his daughter Olive married a foreigner, maybe German. who was trying to design a container to keep tobacco which expelled the air when you closed the lid. This was about the end of the 1940’s

Since I last reported on the footpath somethings have progressed well, the trees have survived the lack of rain in the summer and indeed are baring some fine looking apples. The path has been continued right to East Lane and new fencing and posts put in. We await the construction of the base for the seat in memory of Derek Franklin and his mother, we already have the seat.
However things have not gone well with the seeding. We waited until April for Dave Jakes to install the grids for the path due to the incessant rain,there was a good turn out to do the seeding followed by three months of no rain. Sadly therefore we have a lot of weed and little grass.
Today we again weed killed the area and will reseed at the end of September.

For WLDC to pay us the second part of the grant, we have to fill in a report and send invoices and photos. This must be done with in the next few weeks.
Please do use the path, to be called Old Forge Path, as Dave found evidence of the old village forge whilst excavating.

Many thanks to all workers and supporters.Ann 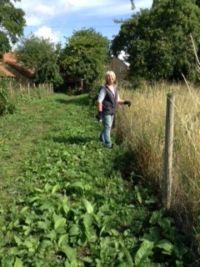 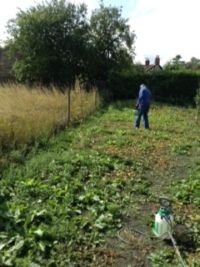 Thank you to all who helped and supported the new footpath. The seeding has been done and all we need is some rain, we are possible the only people in England wishing for rain.
Especial thanks to The Doyles, Chris Scott, Martha , Mike and  John and Sue, for all the hard work over the last month. 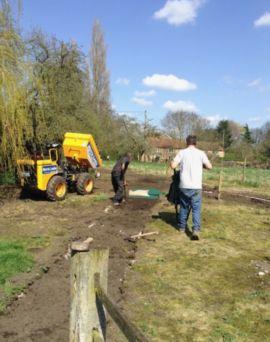 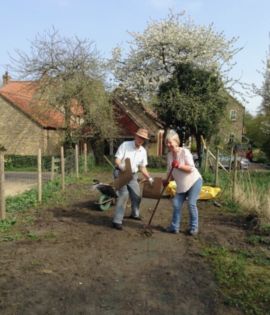 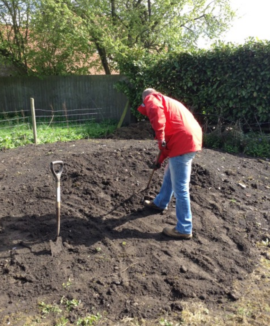 below some pictures of what has been achieved so far. If you want to help with sowing please contact Ann Brooks. 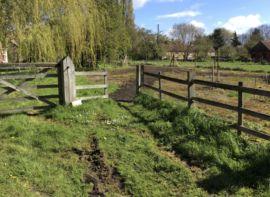 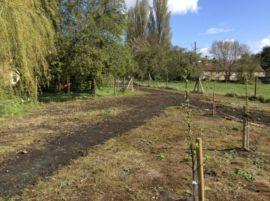 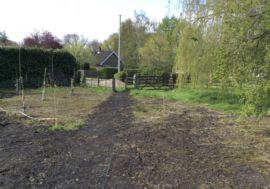 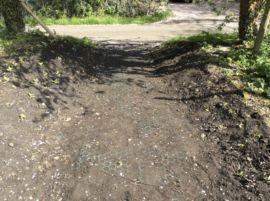 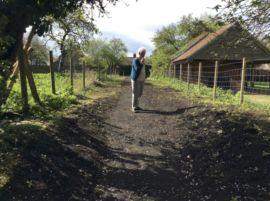 Work on the path has started from today Monday 18 April. When the path has been laid there will be work to do and if  you would like to help please contact Ann Brooks.  We have some primroses and cowslips to plant and wild flower seed  to scatter, there will be need to clear the site  a bit before this can be done.  We can organise a date to do some work when we see what has to be done. and who will be available. Many of the bulbs we planted have flowered and the trees are looking healthy!

We hope to start the groundwork in March as the soil will be much better to work with.

We have been successful in our application for the work from West Lindsey District Council’s Community Grant scheme. The amount is £2,800 for digging the slope towards the Back Lane entrance, the grid paving, the flint gravel and sundries. Thanks to all for the hard work and perseverance to see this through and meeting with the additional condition. The planning can now begin and the material ordered in time for the new growing season. 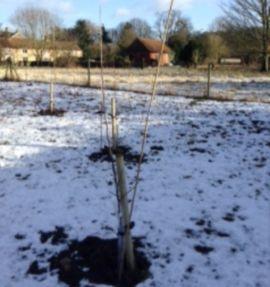 Below the planting plan and layout of the footpath 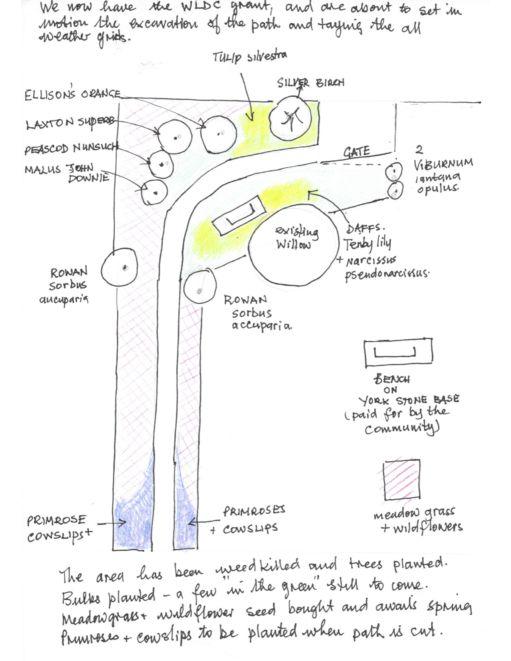 We have also been award £450 for the trees, bulbs, seeds and weedkiller for the footpath by the Community Wildlife Grant funded through the Lincolnshire County Council.

The apple trees have been planted earlier this week and we are pleased with the pledge that the new bench will be in memory of Derek Franklin as a result of the fundraising efforts.

We are pleased to let you know that we have been awarded a £450 Community Wildlife Grant from Lincolnshire County Council. With this money we bought bulbs, trees, seeds, and weedkiller. A party consisting of John, Sue, Rob, Lynne, Ann, Barry, Chris and Martha have planted bulbs and trees, pruned and chopped, and mown the path.

We have been conditionally awarded a grant (worth around £2700) for the path and groundwork by Lincolnshire County Council’s Community Grant scheme. The condition is around the adverse possession and we are at present clarifying any remaining issues so we can proceed with our planned works.

Reinstatement of footpath to connect East Lane and Back Lane Brattleby

We would like your views on the design and layout of the proposed path and the surrounding areas of the fenced land between East Lane and Backlane (see small map below).

You can do this by drawing or writing on the map on the reverse of this sheet. If you would like a closer look at the area we could organise a site visit.

Please let us have your suggestions by the 15 July 2017 so we can take this forward and organise funding. Further consultations, if needed, will take place by the end of August.

You can return the map and your suggestions to any member of the Parish Council.  The coordination of the project is with 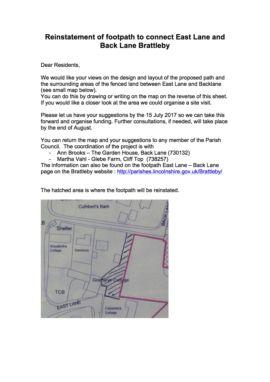 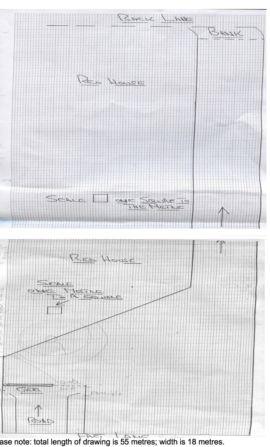